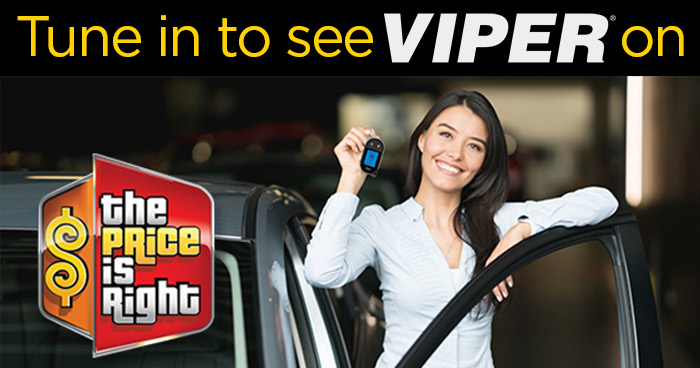 VISTA, Calif. (January 28, 2019) – Directed announced today they are sponsoring a showcase prize pack on TV’s “The Price Is Right.” One lucky winner received a prize package consisting of a VIPER 5906V remote start and security system, a VIPER SmartStart Pro connected car device, and Directed accessories for their vehicle.

The episode is slated to air on Tuesday, January 29th on the CBS network and its affiliates, and can be seen online on the CBS website for one week after the episode airs. This is the first of several episodes which will feature VIPER products.

"The Price is Right is truly a television icon and we’re honored to have paired with them to feature our VIPER products on the show,” according to Bob Struble, Directed CEO. “We proudly invite our dealers and consumers to 'Come on Down' and check VIPER out."

The video can be found at www.cbs.com/shows/the_price_is_right/video/ for one week after the episode airs.